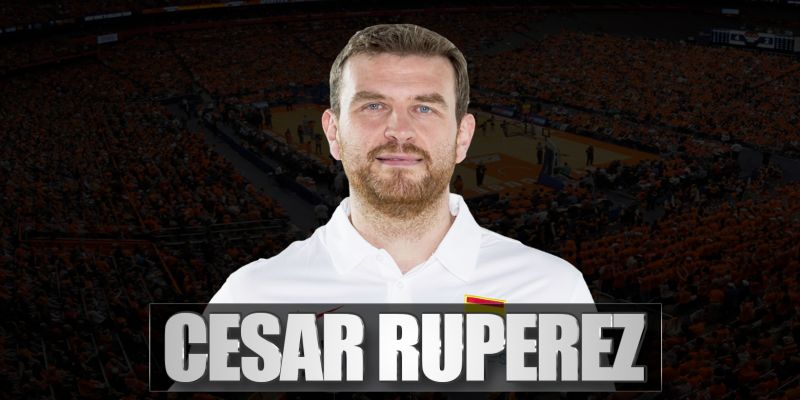 César Rupérez had his first experince in women basketball with Obenasa Navarra, coaching the team since the 2007/08 season and promoting it to Spanish Liga Femenina in the 2009/10 season.

After 5 years coaching Navarra, César Rupérez had his first abroad coaching experience in the 2012/13 season, signing in China with Shanxi Riu Flame as Lucas Mondelo assistant coach. With Mondelo and Maya Moore, César Rupérez won 3 Chinese Leagues, in the 2012/13, 2013/14 and 2014/15 seasons and he tied the historical record in Chinese League for most consecutive wins.

In September 2014, César was also a member of the Spanish National Team that won the Silver Medal in the World Championship, losing only the Final game against the United States.

In the 2015 summer, César Rupérez kept collecting trophies and he won this time the Bronze Medal in the European Championship.

After finishing his 4 years in China, César Rupérez played his first Olympic Games and he won the Silver Medal, again losing only in the Final against the United States.

In the 2016/17 season, César Rupérez returned to Europe and signed in Russia with Dynamo Kursk, teaming up again with Lucas Mondelo to become unbeaten Euroleague Championship and also Russian League and Cup Finalists.

In the 2017 summer, César Rupérez and Lucas Mondelo had another major success and won the Gold Medal in the European Championship.

In the 2018/19 season, César Rupérez continued in Russia with Dynamo Kursk and she was Russian Cup and League Finalist and reached the Euroleague Final.

In the 2019/20 season, César Rupérez signed in China as Shanxi´s head coach and he had a great year with 14 wins and only 4 losses.

César Rupérez remained at Shanxi during the 2020/21 and the 2021/22 season and in May 2022 he signed with the Chinese National Team in the assistant coach role.