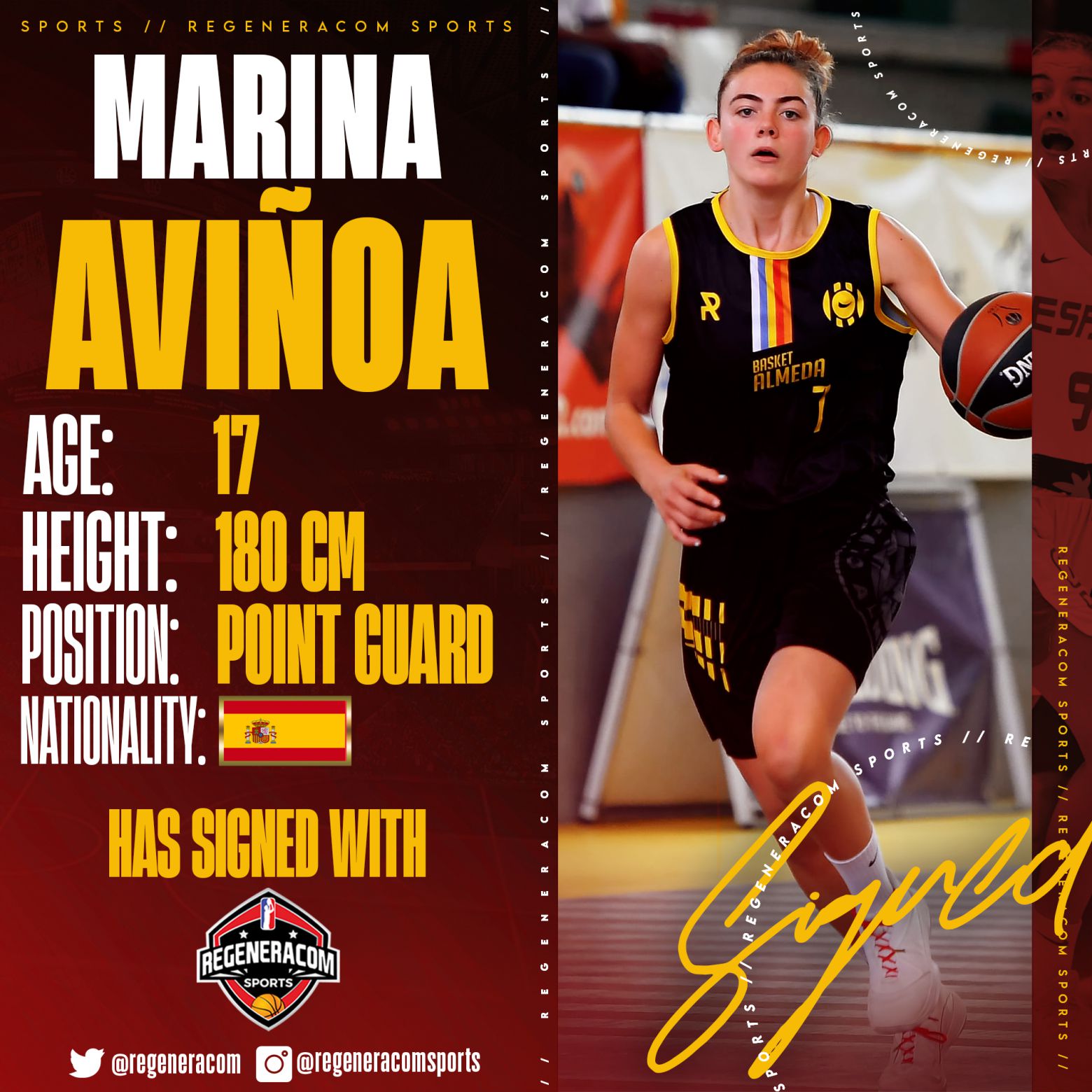 In the 2021/22 season and still as an U18 player, Marina Aviñola played against Spanish Liga Femenina 2 with Basket Almeda and she averaged 8.8 points, 4.6 rebounds, 2.9 assists and 4.9 drawn fouls per game, having her best performance against Mataró with 19 points, 6 rebounds, 5 assists and +23 efficiency.