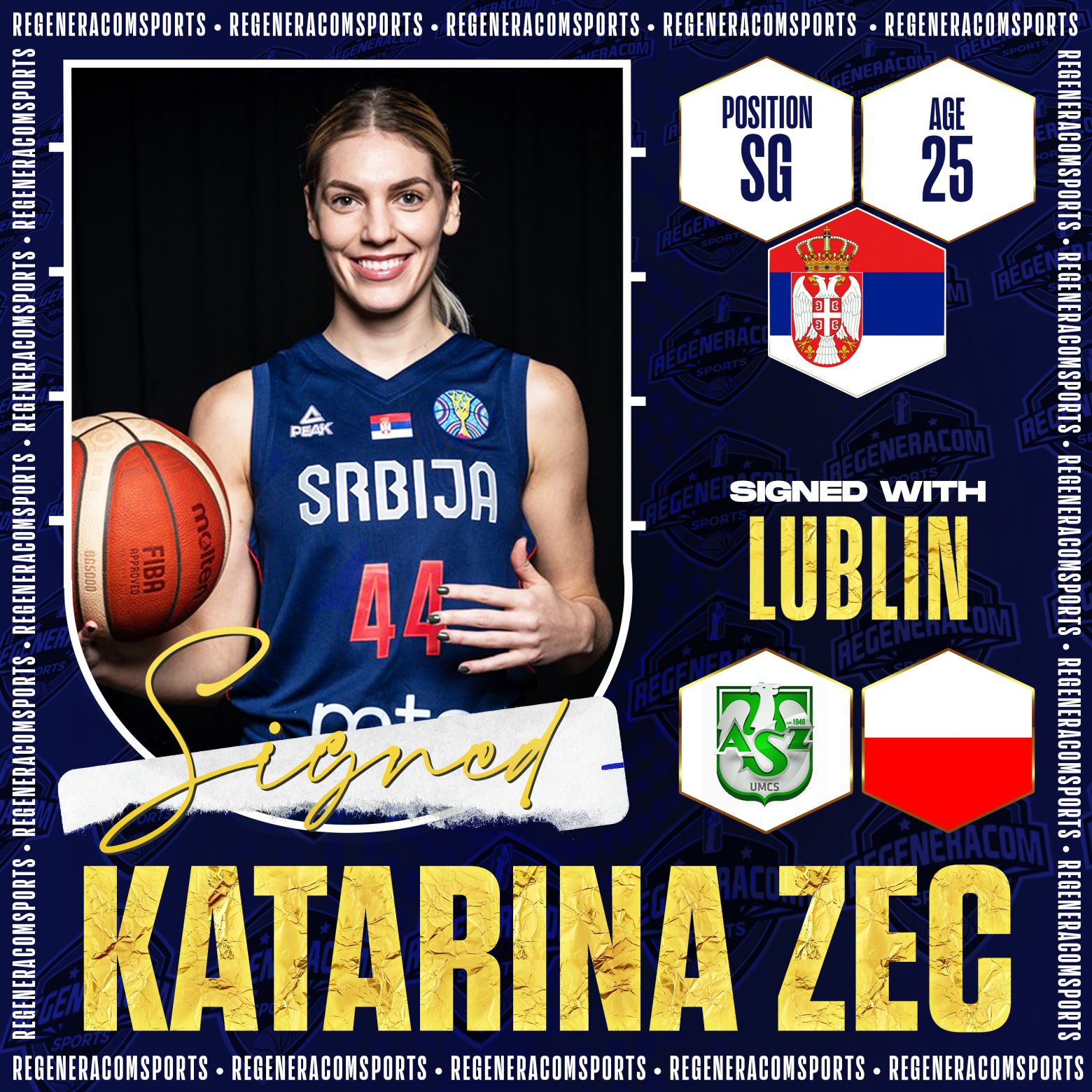 Katarina Zec is a versatile 1.80m international serbian guard born in 1997 who has club, national team and NCAA experience.

At club level, Katarina Zec played for Red Star belgrade until the 2015/16 season, having a nice final year with 13.7 points and 5.4 rebounds per game, becoming Serbian Cup Champion, Serbian League Finalista and named as the best player in her position in Serbian competition.

In the 2020/21 season, Katarina Zec played in Serbia for Art Basket and she averaged 18.1 points, 5.3 rebounds, 3.5 assists and +20.1 efficiency per game, being also a member of Serbian senior national team.

After playing the World Championship in Australia during september 2022, Katarina Zec signed in Poland with Lublin.