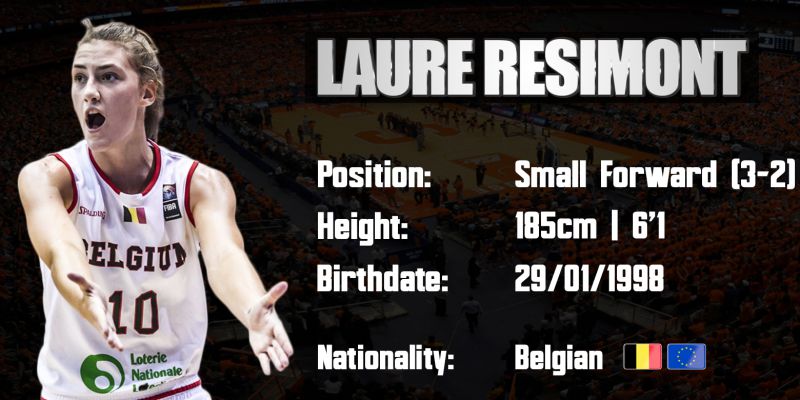 In the 2020/21 season, Laure Resimont signed in Spain with Sedis Cadí and she averaged 6.4 points in 19 minutes per game in Spanish League and 8.3 points per game in Eurocup.

Afterwards, Laure Resimont signed with Hema SKW and she averaged 16.4 points, 6.3 rebounds and +15.9 efficiency per game in Belgian League.

Laure Resimont is a versatile Belgian international 1.85m small forward (2-3) born in 1998 who is among the best young players in Europe.

Laure Resimont is a player who mixes tremendous physical skills and explosiveness with a good dose of talent and who will, for sure, keep improving as a player to reach top level competition in years to come.